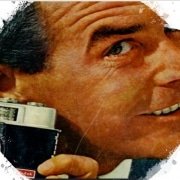 In the early part of the negotiations (with HP), Xerox CEO John Visentin expressed concerns that his company was out of organic growth opportunities and must either expand through an acquisition or be acquired itself.

By Ed Hammond and Scott Deveau

OK. Take a minute and wrap your head around that statement. Xerox, according to its top leader, is out of organic opportunities. Zippo. They’ve run out. There’s no opportunity to grow shareholder value through internal, organic growth.

Presumably, he means there are no opportunities, individually or in total, large enough to matter to Xerox shareholders. But was this a misstatement? Perhaps he meant to say  “Xerox doesn’t have the ability to find opportunities and satisfy customers in a magnitude that matters to our shareholders.”

I think he’s saying it’s easier and less costly for Xerox to produce big gains for shareholders by merging with HP and then removing redundant overhead. Its easier to use cost accounting and finance than it is to innovate and change the organization.

And who would doubt this leader’s sentiment? Xerox fell to Carl Ichan years ago, and he’s since replaced its board and set in an Ichanic management team. And, of course, this is strong capitalism at play. It’s survival of the fittest and Xerox lost its fitness decades ago.

PARC – May you Rest In Peace.  To my HP friends – Good luck, fight like hell, and dust off  your resumes. And to all my colleagues and friends please see this as a natural predatory act  – picking the bones of a business when product line, technology, and innovation strategy moves are too little and too late. It’s a Kodak moment for Xerox and HP.

What are your thoughts? Do you think a company can run out of organic growth opportunities?  What can we learn from this?

Want to join the discussion?
Feel free to contribute!

Decision-Flow Issues ― Ten of Many